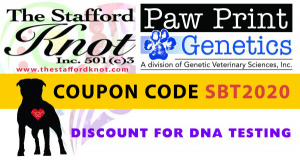 How to microchip your pet

How to Microchip Your Pet—And Why It’s Important

When it comes to finding a lost pet, microchips—implantable computer chips that are encoded with a unique ID number and placed under your pet’s skin—are way more effective than a standard nametag. In fact, one 2009 study shows that dogs with microchips were returned to their homes 74.1 percent of the time—compared to just 13 percent of all stray or missing dogs.

To remind pet owners to have their pets microchipped (and to keep the registration information up-to-date), the American Veterinary Medical Association (AVMA) and the American Animal Hospital Association (AAHA) designated Monday, August 15, as Check the ChipDay. Don’t know much about the procedure? mental_floss spoke with Dallas Harsa, director of sales and business development at AKC Reunite, a division of the American Kennel Club that promotes microchipping. She provides more details on the practice, and tells you what to do to ensure a lost pet returns safely home.

1. YOU CAN GET YOUR PET MICROCHIPPED THROUGH A LOCAL VET, ANIMAL SHELTER, OR RESCUE GROUP.

“Most vet clinics will microchip a pet,” Harsa says. “You can call up your favorite vet and see if they have a special day that they will microchip, and your local city shelter, animal shelter, or rescue groups often have microchipping clinics that they offer to the community as a way of giving back. You can get discounted rates, but your veterinarian is usually the best place to go. They can do it during a spay/neuter procedure, they can do it during an exam, and they can also do it as a walk-in.”

Don’t worry—a microchip’s insertion won’t hurt Fluffy or Fido. “It’s a simple procedure—the microchip is injected right between the shoulder blades,” Harsa says. “The technician uses a bigger needle than what you or I would get for a regular shot because it’s not pushing through liquid; the chip is actually the size of a grain of rice. But the process is virtually painless.”

2. IMMEDIATELY ENROLL YOUR PET’S MICROCHIP IN A NATIONAL DATABASE.

After your pet gets microchipped, immediately register the chip with your contact information, and submit it to the chip manufacturer, distributor, or another established national pet recovery service. Your vet or clinic may provide you with an enrollment form or phone number, or you can use the Universal Pet Microchip Lookup Tool provided by the AAHA. There, you can enter a microchip code and find participating microchip registries associated with the chip’s number and manufacturer.

This step is vital, as the company or organization you register the chip with will call, email, or text you if someone finds your pet and contacts them. (Often, they’ll do so by calling an 800 number provided on the animal’s tag.) But pet owners occasionally forget to register the chip, or they mistakenly don’t register the pet in a reputable database, Harsa says.

“Sometimes a pet has a microchip, but there’s absolutely no information tied to it,” Harsa explains. “Or they could have enrolled with a service that’s not a registry that’s been around for a long time, so people might not even know about it.”

3. DON’T FORGET TO INCLUDE EMERGENCY CONTACTS IN YOUR REGISTRATION DATA.

“Some vet clinics will enroll the pet’s microchip to make sure that first step has been done, but they’ll only take basic information,” Harsa says. “They won’t have all the emergency contacts or additional information—so, if for some reason you’re out of town and can’t be reached or your cell phone inbox is full, you want to make sure you have another number in your record.”

Also, keep in mind that it’s handy to have a disaster plan. “In the case of a natural disaster, it’s good to have a point of contact that’s outside of your immediate area,” Harsa says. “If something happens and you’re displaced from your home or you’re away from your phone, they can help you get your pet back.”

4. TAKE THE TIME TO PERIODICALLY UPDATE YOUR CONTACT INFORMATION.

According to AKC Reunite’s data, 58 percent of pets’ microchips aren’t linked to the correct owner information—mostly because their human companions have moved, gotten rid of their landline phones, or switched jobs and forgot to update their pets’ microchip data. When undergoing these kinds of major life changes, don’t forget that they also affect your furry companions, and adjust your registration info accordingly, Harsa advises.

5. MICROCHIPS ARE GREAT—BUT GET A COLLAR TAG FOR YOUR PET, TOO.

“While we recommend that all pets be microchipped, the collar tag is equally—if not more—important,” Harsa says. “If a pet is lost and wandering and visual identification is not recognizable, people will think it’s a stray, and may not be as likely to approach it or try to help it. Granted, there’s animal control, and animals will end up in a shelter or some sort of rescue organization, but neighbors often find pets. If they don’t recognize the pet, they’ll know to give it back to somebody if there’s a collar and tag on it.”

Does your club need funding?

The Shops at TSK

We have been hard at work over the past year building an online shopping ‘mall’ to help support the growing need for funding for Stafford rescue. Sadly we are now helping families re-home their pets Read more…

Do NOT follow this link or you will be banned from the site!

Due to COVID-19 orders may experience shipping delays. Please bear with us during this time. We appreciate your patience and continued support. Dismiss